Today is a bank holiday but Lady P still wanted to do some school.  Today we worked on patterns in her Gold Star Starting Maths workbook.  She is still working on patterns and since there is only one page in her book, we did a bit more with duplo blocks to practice her new skills.

We started with the simple pattern in her book that had a the pattern ABAB.  This was easy for Lady P so I got out the duplo and started making more complicated patterns for her.  She found them a bit tricky but seemed to understand the basic concept by the end of the lesson.  She did a ABBABBA pattern and then we tried a ABBBABBBA pattern.  I started the sequence for her and she finished it.  She really enjoyed the activity.   Obviously, this could be done using any blocks or counters you have available.  You could use dried beans, beads, fruit, whatever you have on hand!  The best time to do this activity is when they don’t know they are having a lesson.  You could do it during breakfast with dried cheerios and some other cereal.

Colouring in her pattern

Doing a sequence with duplo bricks.

The next activity we did was in her Jolly Phonics Activity book.  We are currently working on letters t, a, and s.  After she did her sticker activity, I got out her sound boxes with those three letters and she sorted them under each letter.  She began the activity by tracing the sandpaper letters with her fingers then she sorted the items.  I find it really hard not to correct her as she goes along so I’m consciously keeping my mouth shut, then at the end, I help her fix any mistakes.  She doesn’t like working independently yet and I suspect its my fault!  I’m trying to let her become more autonomous but because I’m a teacher, old habits die hard!  Why are teachers so controlling?

The final activity we did was her rainbow bean sensory bin.  I put some magnetic letters inside the box, gave her some giant tweezers, and played I Spy with her.  She had to find the letters when I made the sound.  She enjoyed this activity.  Then she just played with the beans, filling a measuring cup and pouring it back out again.

That was our morning today! 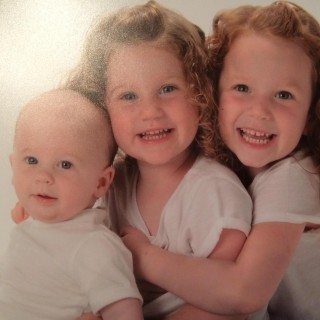